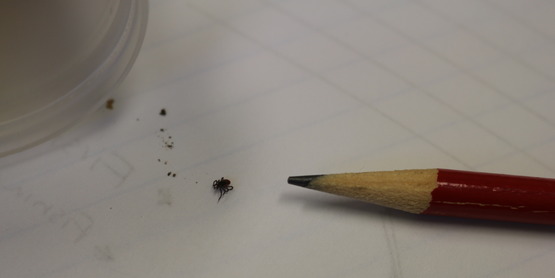 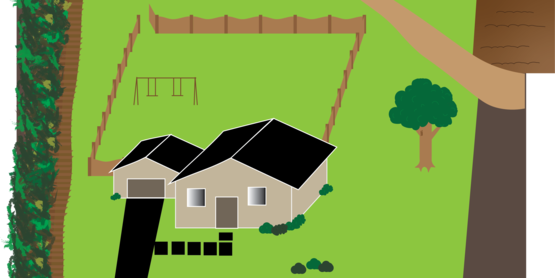 Tick species have become a growing concern in the United States. Tick species and their associated diseases vary by location and region. It is important to be aware of ticks and the signs of the diseases they carry.

There are a number of known tick borne diseases common in the North East and many have the same signs and symptoms with varying extremeness. There is no single identifying symptom, all the diseases have similar flue like symptoms. The only exception is Powassan, which causes the brain to swell. The most common symptoms of tick related illness are:

Common Tickborne Diseases in the Northeast

Lyme is a bacterial infection that replicates in the blood stream nerves, and can be treated by antibiotics. Sometimes recognized for the bullseye rash it creates. It presents differently in most people. Transmission generally occurs within 24 to 48 hours of being bitten.

Signs and symptoms of anaplasmosis typically begin within 1–2 weeks after the bite of an infected tick. Early treatment with the antibiotic doxycycline can prevent severe illness or death.

Caused by microscopic parasites that infect red blood cells and are spread by certain ticks, typically in the nymph stage. Some people develop flu-like symptoms and some have none. Treatment is available, but is generally not necessary in people without symptoms.

Ehrlichiosis is the general name used to describe diseases caused by the bacteria Ehrlichia chaffeensis, E. ewingii, or E. muris eauclairensis in the United States. The majority of reported cases are due to infection with E. chaffeensis.

Many infected do not develop any symptoms. It takes 1 week to 1 month for symptoms to develop after being bit. Symptoms can include fever, headache, vomiting, weakness, confusion, loss of coordination, speech difficulties, and seizures. Approximately half of survivors have permanent neurological symptoms, such as recurrent headaches, muscle wasting and memory problems. There is death in 1 of 5 reported cases.

Ticks in the Northeast 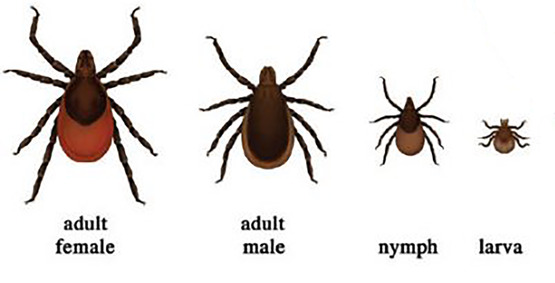 Known Diseases: Lyme, Anaplasmosis, Babesiosis, Powassan, and Borrelia miyamotoi
The Black Legged Tick has no light spots on its body. It is commonly found across the Northeast with an increasing population. This tick is a vector for a number of tick borne diseases including Lyme, anaplasmosis, babesiosis, and powassan.

Known Diseases: Rocky Mountain Spotted Fever and Tularemia (both rare)
The Dog Tick is mostly found questing in tall grasses. There are only a couple rare known diseases associated with the Male Dog Tick such as Rocky Mountain Fever.

Known Diseases: Ehrlichiosis and Tularemia
The Lone Start tick has been identified up mid Hudson and on Long Island in high densities, it is moving across New York State. They do best in dry habitats and are less cold tolerant, but they are more dry weather tolerant. Allergic reactions associated with consumption of red (mammalian) meat have been reported among people bitten by Lone Star Ticks.

Center for Disease Control and Prevention 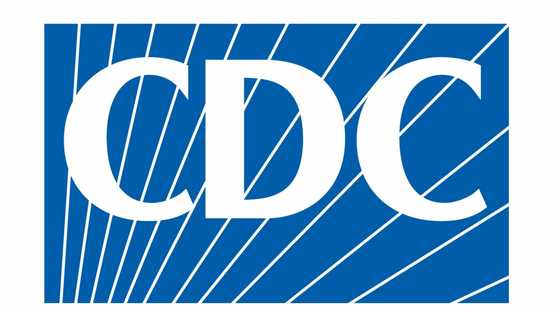 Visit the CDC website for the most up to date information on Ticks and Tick Borne Disease.

Common Ticks in the Northeast PDF

Minimizing Ticks in the Yard PDF