100 Years of Service in Chenango County

Extension work as we know it today was born near the turn of the century. It started in Texas in 1903 with educational work to control the boll weevil in cotton. It wasn't until 1911 that the system was tried in New York State. At that time, the Binghamton Chamber of Commerce, the Delaware, Lackawanna and Western Railroad, and the US Department of Agriculture provided funds for the hiring of the first County Agricultural Agent in New York. The College of Agriculture had no money to offer, but its staff worked closely with the agent, attended meetings and helped prepare letters and bulletins. In 1913, state law was amended to permit counties to raise money for general improvement of agriculture. The State Legislature voted $600 per year for each county qualifying to receive such aid.

The Land Grant College and Extension

The Morrill Land Grant Act of 1862 established the Land Grant College System. Under this act, many states established colleges of agriculture. In 1887 the Hatch Act provided money for experimentation and research, laying the foundation for Extension work which was soon to follow.

The Cooperative Extension Service was created by an enactment of the Smith-Lever Act in 1914. This legislation established a partnership between the US Department of Agriculture and the Land Grand Colleges and provided funds for the organization and operation of the Service. New York, as well as many other states, went one step further; and by state legislation, created a partnership between the State Extension Service and the State itself.

Cornell University was named as agent for the state to govern the organization and to regulate the work of the Extension Department, and named the county associations as agents for the people.

The Chenango County Extension Service Association began as the Chenango County Farm Bureau on January 30, 1915. One of the first items of business was to elect the officers of the organization and to prepare the constitution and by-laws. On February 5, 1915, the first county agricultural agent, Mr. E. P. Smith, of Newark Valley, was hired. In 1917, Miss Alice Blinn directed work in Food Conservation with the women of the county. On November 23, 1918, the constitution of the Farm Bureau was amended, providing for a Home Economics Department, with officers for each. The executive committee of each department in joint session formed the Board of Directors of the new association which was to be known as the Chenango County Farm and Home Bureau Association.

Today, the Chenango County Cooperation Extension Service provides information and educational resources to improve lives of the people of its community. Although primarily agriculture in nature, other informational services are available in areas of food safety and nutrition and plant science; and Chenango County is proud to offer opportunities to the youth of the community through the 4-H Youth Development Program. 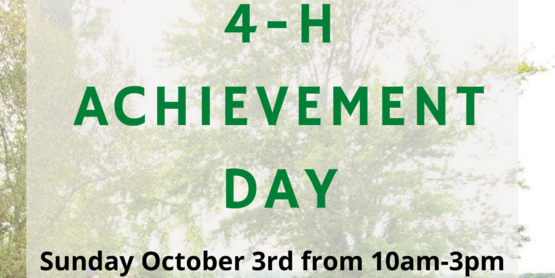